BJP's Karnataka unit chief B S Yeddyurappa today said he met Governor Vajubhai Vala and asked him to allow him to take oath... 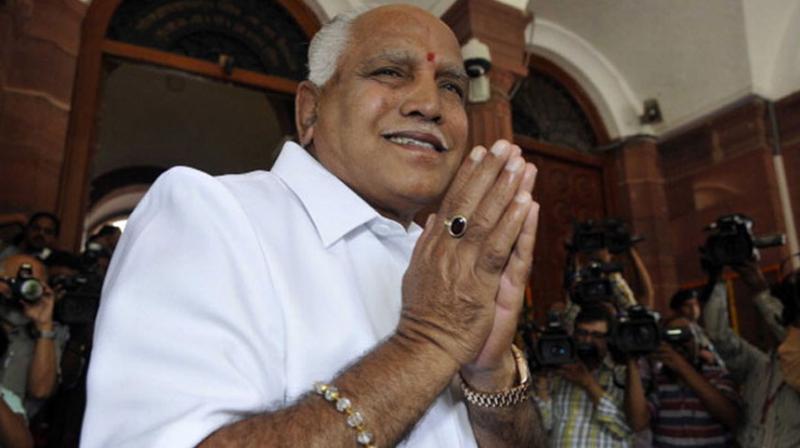 BJP's Karnataka unit chief B S Yeddyurappa today said he met Governor Vajubhai Vala and asked him to allow him to take oath as chief minister as the party had emerged as the single largest party. Soon after he was elected leader of the BJP legislature party, Yeddyurappa drove to the Raj Bhavan here and handed him a letter about his unanimous election to the post. Yeddyurappa said he requested the governor to allow him to take oath as chief minister as early as possible. The governor, he said, had assured him that he would take an "appropriate" decision as early as possible. "We are 100 percent confident that he will take a decision immediately," Yeddyurappa told reporters.  Earlier in the day, Yeddyurappa said he was confident of forming the government. He also said Independent MLA Shankar had submitted a letter offering his support to the BJP. Other party leaders echoed his confidence. Union minister Prakash Javadekar had said an attempt was being made to create "unnatural tension".  "People are with us," he said. Senior BJP leaders Suresh Kumar and K S Eshwarappa also said they were confident the party would form the government. With the Karnataka assembly polls throwing up a hung verdict, the BJP with 104 seats has fallen short of the half-way mark of 112. The Congress-JD(S) combine moved quickly even as the counting of votes was underway yesterday and requested the governor to allow the formation of a JD(S)-led government. The two parties together have a clear majority in the 224-member Assembly. Elections were held for 222 seats on May 12 while polling for the remaining two will be held later.