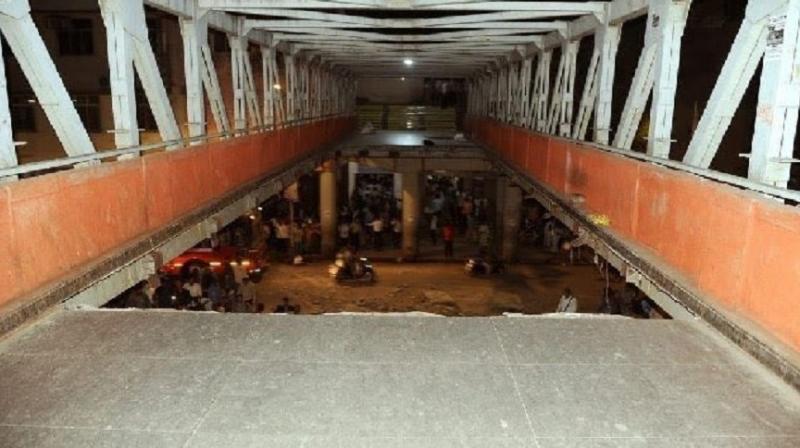 Mumbai, Mar 15: The morning after the deck of a foot overbridge outside CSMT station collapsed, killing six people and leaving 31 injured, the Brihnamumbai Municipal Corporation chief will chair a meeting to decide on the future course of action for the structure. A BMC spokesperson said civic commissioner Ajoy Mehta will meet Road and Bride department officials Friday and then take a call on dismantling the entire FOB.

On Friday morning, the BMC kept the busy DN Road blocked as part of the post-collapse safety stipulations and civic staff went about dismantling the entire deck of the FOB. "DN Road (on which the FOB stood) has been blocked as a precautionary measure. BMC commissioner Mehta has called a meeting on this to decide on its re-opening," another civic official said. He added that the FOB was found structurally safe when it was audited in August 2016,

soon after a British-era bridge over Savitri River got washed away in monsoon downpour in Mahad in Raigad district. "During that audit, 354 bridges were checked for their structural soundness. The FOB that collapsed on Thursday was marked C2B. This means it needed minor repairs only. Tenders were floated for the repair but it got held up," the official said. "We will investigate whether the tender was held up by the BMC Standing Committee or the Road and Bridge department," he said. 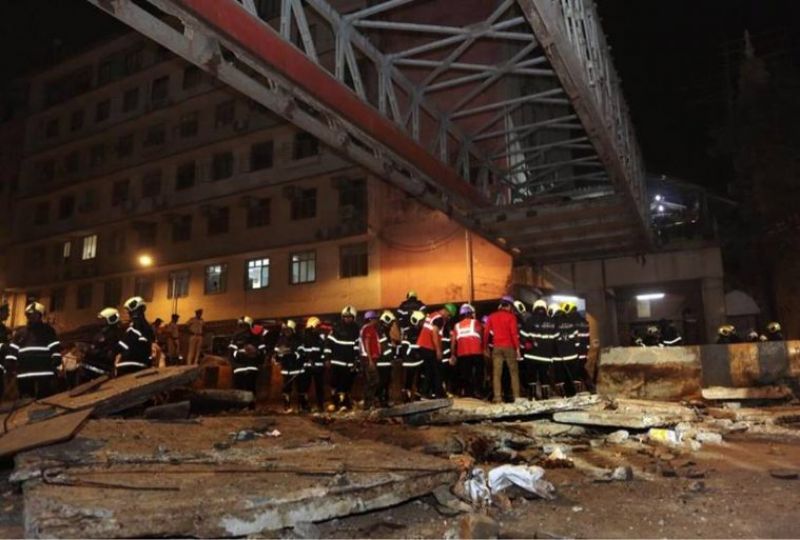 BMC to decide on dismantling structure

Among the deceased, Apoorva Prabhu, Ranjana Tambe and Bhakti Shinde were nurses working in GT Hospital about half a kilometre away from the FOB. Others who died in the collapse were Zahid Shiraj Khan (32), Tapendra Singh (28) and Mohan, officials said. Among the injured was Atmaram Yedge (32) who sold bananas on the FOB. He has received injuries to his head, back and arms.

Activists, meanwhile, said strict action should be taken against errant officials and those who had audited the overbridge and found it "safe". Subhash Gupta, president of Rail Yatri Parishad said, "The days of blame game should be over now. Action should be taken against the auditors who certified this FOB structurally safe." He also said that Central Railway, which has said the FOB belongs to the civic body, cannot wash its hands off the episode as the bridge was used by railway passengers.

"If accountability is not fixed, such incidents will keep taking place. The average Mumbaikars does not care whose job it was to keep the bridge safe," Congress leader Milind Deora said. Suhas Pandey, relative of a person injured in the incident, demanded fixing of accountability at the highest level. "BMC commissioner Ajoy Mehta must be booked for this incident," he said. He also hit out at politicians visiting the injured in hospitals, alleging that they were doing it for publicity. 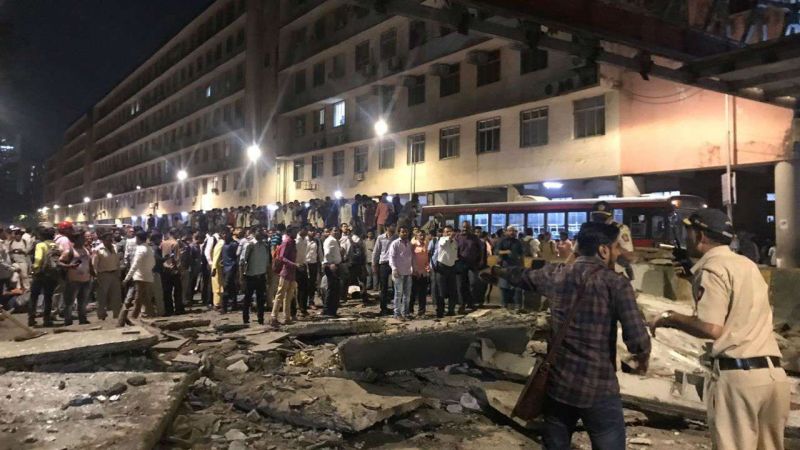 Criminal lawyer Tanveer Nizam called it a case of negligence and said the concerned officials should be held responsible for the deaths in the incident. A case has been registered against officials of Central Railway and the BMC in connection with the incident, police said Thursday. "We have registered an offence under section 304A (causing death by negligence) of the IPC at the Azad Maidan police station," Manjunath Singe, Mumbai police spokesperson, had said hours after the incident.