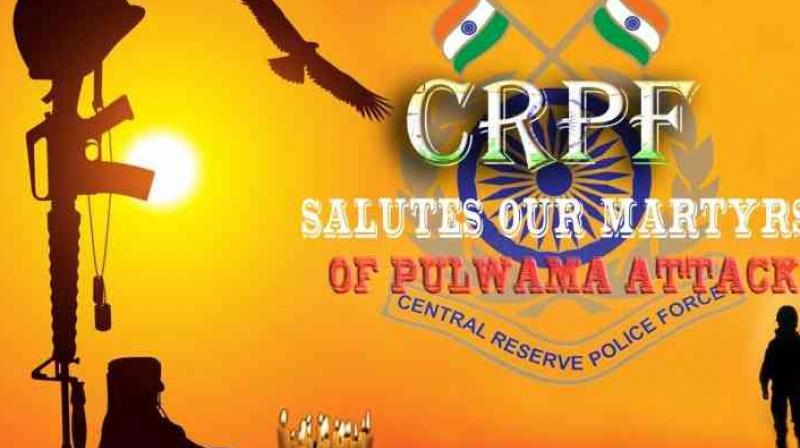 ‘WE WILL NOT FORGET, WE WILL NOT FORGIVE:We salute our martyrs of Pulwama attack and stand with the families of our martyr brothers. This heinous attack will be avenged.’said the angry tweet by Central Reserve Police Force (CRPF) official twitter handle. The force lost more than 40 men in a cowardly attack by the Jaish fidayeen, on Thursday, 14th February 2019.

A conoy of around 2500 sldiers was moving from Jammu to Kashmir on the Jammu-Srinagar National Highway, after the road opened after many days of closure due to heavy snowfall.The convoy of 78 army vehicles was attacked by a 20 year old Jaish-e-Mohammed terrorist Adil Ahmad Dar yesterday, with a Scorpio car laden with around 60 kgs of explosives. He pushed his vehicle between two buses carrying personnel. This has been termed as the biggest terrorist attack in J&K, in this century.

The CRPF also tweeted, that all formations of CRPF observed a two minute silence in memory of the martyrs of Pulwama Attack. The CRPF flag was at half mast today in memoriam too. The attack has been condemned by the international fraternity, terming it as a dastardly, cowardly, barbaric attack