Rahul asks people to participate in 'festival of democracy' by voting 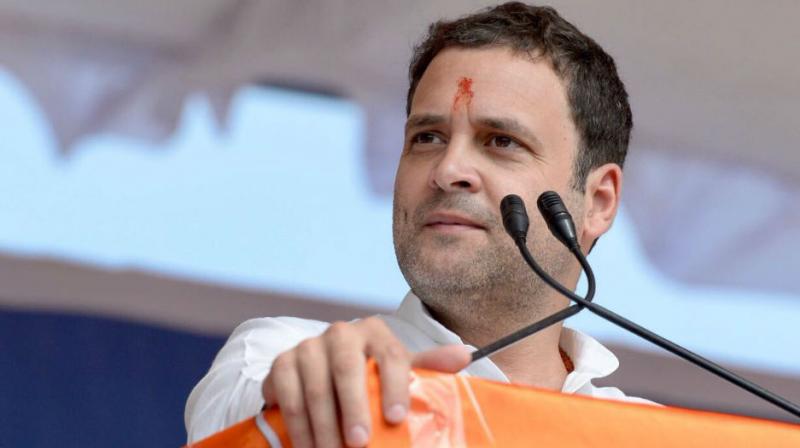 Congress president Rahul Gandhi today urged the people of Karnataka to participate in the "festival of democracy" by voting in large numbers. Gandhi also welcomed first-time voters to take part in the electoral process. "Voter exercising his right without fail is the sign of functional democracy. I welcome all my young friends who are casting their vote for the first time in Karnataka," Gandhi said in a tweet in Kannada. "I request people of Karnataka to celebrate this biggest festival of democracy in large numbers with fervor, and make it successful," he said. The Congress chief had extensively campaigned across the state with an aim to bring the party back to power in Karnataka, which is the only large state ruled by it after Punjab.

Gandhi had made nine visits, each one spanning about three days, to the state as part of his 'Janashirvada Yatra'. He had addressed roadside meetings and rallies and taken part in road shows across the state in a customized bus. The Congress has not announced any chief ministerial candidate but maintains that incumbent Siddaramaiah will be the party's face during the campaign. Siddaramaiah tweeted, "Today people of Karnataka are standing in queues to create history and show the nation the way to liberal, progressive, peaceful and compassionate politics and governance. I thank them for their support and wish them well.