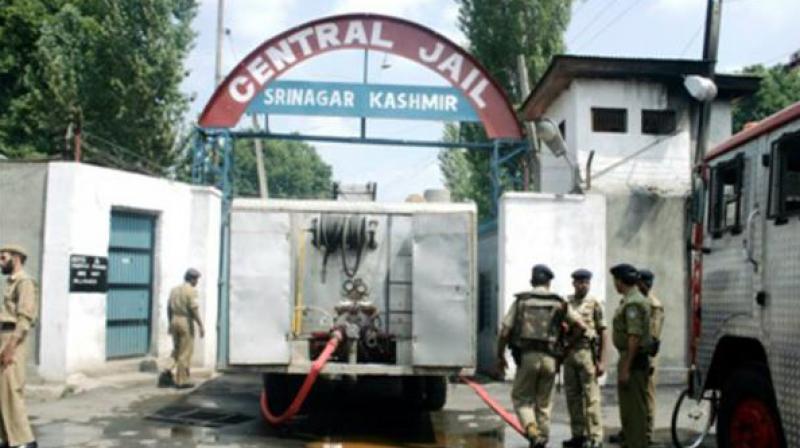 Srinagar, Apr 5: Clashes broke out between inmates and the staff at Central Jail Srinagar as prisoners went on a rampage against the move to shift them within the prison facility for renovation of some barracks, police said on Friday. Trouble started Thursday night in Central Jail as the inmates resisted the prison authorities' move to shift them from two barracks so that these could be renovated. The inmates apprehended that they would be shifted to jails outside the valley, a police official said.

He said the inmates went on a rampage setting on fire gas cylinders and vandalising jail property. At least two barracks and jail mess were set on fire. The situation has been brought under control, the official said adding senior officials are monitoring the situation. Meanwhile, Internet services have been snapped in Srinagar city while the speed has been reduced in south Kashmir while law enforcing personnel have been deployed in strength in old city areas as a precautionary measure.