The IAF marks its 89th foundation day on Friday; October 8 is annually marked as IAF Day or Air Force Day to celebrate the foundation of AIF 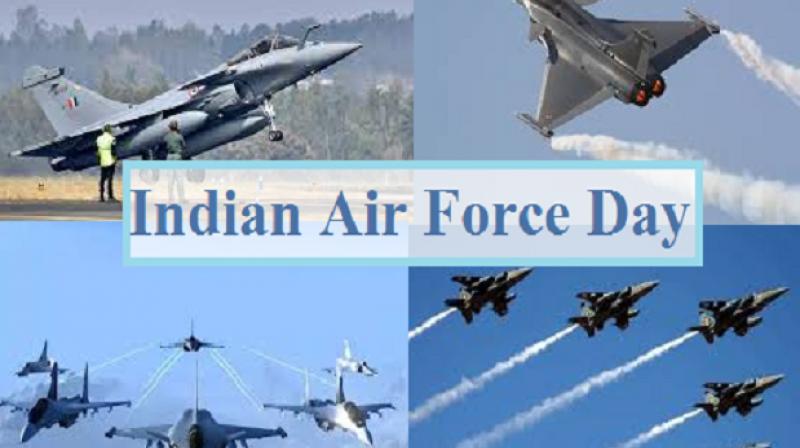 New Delhi: On the occasion of Air Force Day, Narendra Modi on Friday extended his warm greetings to the brave "AIR WARRIORS" of our Indian Air Force (IAF) on its 89th foundation day which is being observed this year as the Air Force Day 2021.
Saluting the Bravehearts, the Prime Minister said that the air arm of the Indian Armed Forces is synonymous with courage, diligence, and professionalism. Acknowledging the fact that the IAF has distinguished itself by defending the country and offering its services in times of grave challenges, Prime Minister Modi highlighted the ‘humanitarian spirit’ displayed by the air warriors of India. 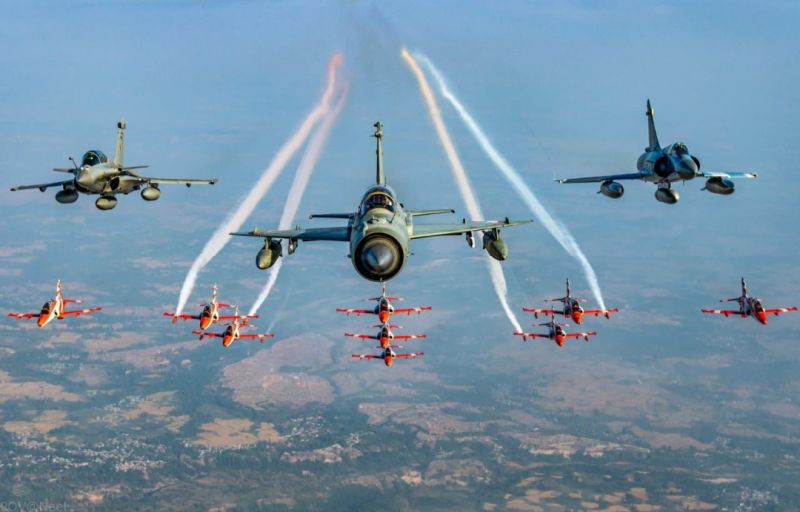 Taking to his official handle on Twitter on Friday, the Prime Minister wrote: “Greetings to our air warriors and their families on Air Force Day. The Indian Air Force is synonymous with courage, diligence, and professionalism. They have distinguished themselves in defending the country and through their humanitarian spirit in times of challenges.” 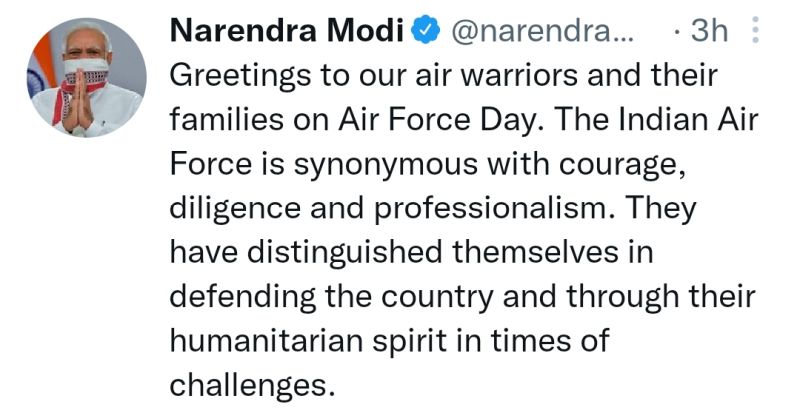 To express his gratitude to the air warriors, Modi also attached a series of pictures recognizing the various feats performed by the Indian Air Force over the years. 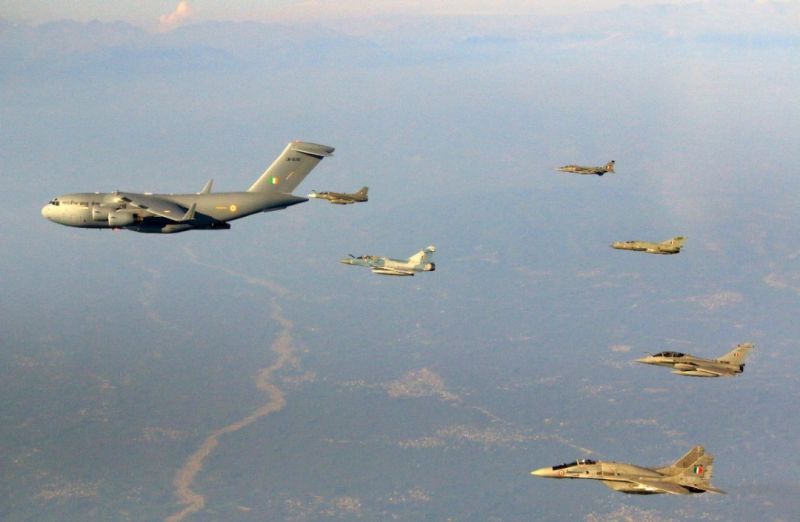 The Indian Air Force marks its 89th foundation day on Friday; October 8 is annually marked as the IAF Day or Air Force Day to celebrate the foundation of the air wing of the Indian Armed Forces. As is the custom every year, celebrations will take place this year, too, at the Hindon Air Force station in Uttar Pradesh's Ghaziabad in the presence of the Chief of Air Staff and senior officials of the three armed forces. 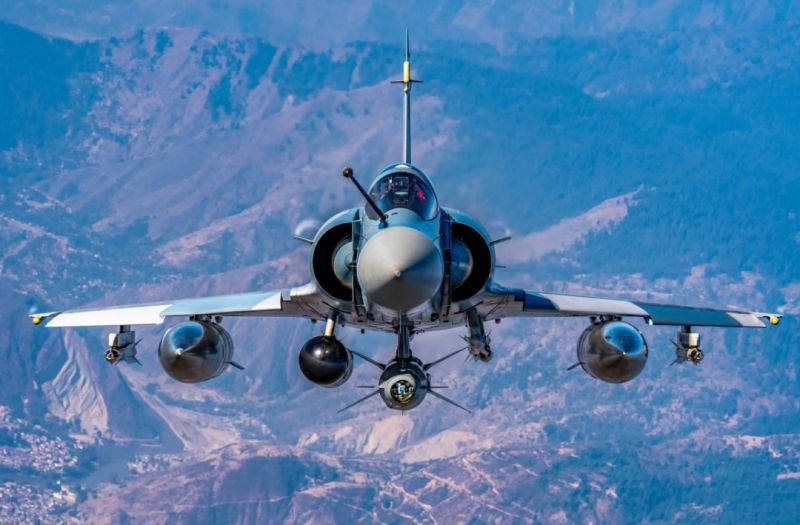 The 2021 IAF Day parade will pay tribute to the heroes of the 1971 war, which saw India defeat Pakistan, and led to the birth of Bangladesh. “We will depict the famous Tangail airdrop operation with three paratroopers, including one from the Army, making a jump from a vintage Dakota transport aircraft,” said a senior official of the force. 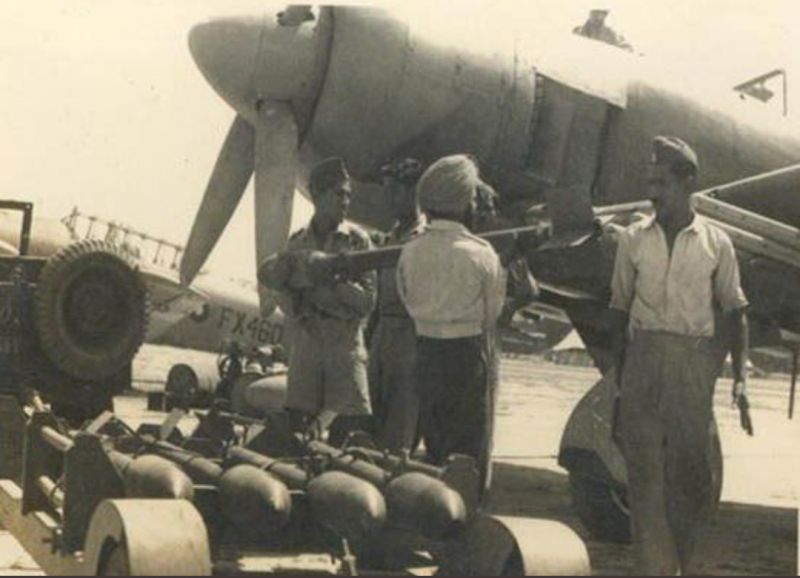 The IAF will also honor its only Param Vir Chakra awardee, Nirmaljit Singh Sekhon, with a Sekhon formation. That would see one aircraft each--Rafale, Tejas, Jaguar, MiG-29, and Mirage 2000--flying over the marchpast together. This year on Air Force Day, three units of the IAF will also receive the prestigious Chief of Air Staff Unit citation. This will be done in recognition of their participation in the air duel with Pakistan in February 2019 and operations in Ladakh in response to China's aggression in that sector.