No force can separate me from my fans: Rajinikanth

Tamil superstar Rajinikanth said on Friday that "no force" can separate him from his fans and urged his followers to tread the path... 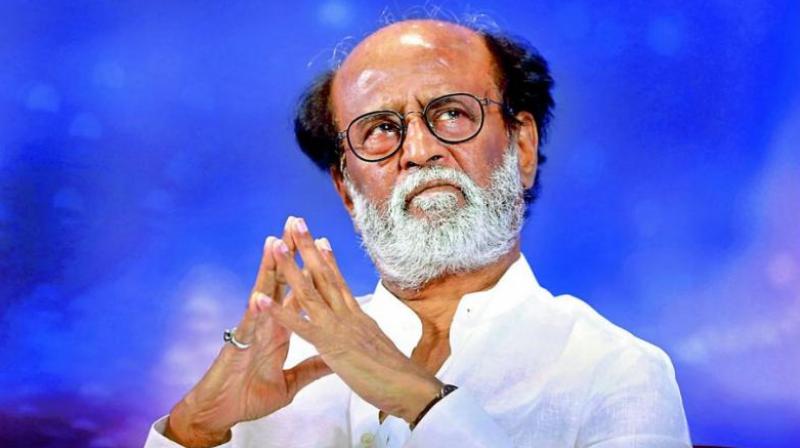 PTI, Tamil Nadu (26th Oct'18): Tamil superstar Rajinikanth said on Friday that "no force" can separate him from his fans and urged his followers to tread the path of fairness. Referring to his communication to members of Rajini Makkal Mandram (RMM), a precursor forum to his political party, he said the content may have been "bitter" but insisted that it was the truth. "I am proud to get fans like you. No force can separate us from each other. Whichever path we may take, let it be one of fairness," he said in a statement.

On his remarks about the RMM on Tuesday, the film star said he had detailed some facts about the forum."Those may have been bitter but I am thankful to you for understanding the truth and fairness in that," he said, adding that "God will be by our side". The actor's statement comes in the wake of criticism from some sections, including the DMK, which had alleged that he was a puppet in the hands of "some persons" and was being supported by "communal" elements.

On Tuesday, the Tamil film superstar had said that he was committed to ushering in a change in the political horizon sans the trappings of money and lure of posts. He had also recalled his assertion last year that he will never allow those eyeing money and posts in his political innings and said it was not a mere rhetoric. DMK mouthpiece 'Murasoli' had posed questions to the actor in the name of an "innocent fan" of the popular star, saying that if he was not really behind posts as claimed by him, he should have then started a movement on the lines of rationalist leader, the late E V Ramasamy Periyar.

On the actor's contention that he was aware of those genuinely working in RMM, the "innocent fan" points out to a particular politician hobnobbing with Rajinikanth, saying he had always had a bad influence in his earlier stints in other parties. It had also cautioned Rajinikanth that "a group" was trying to destabilise his popularity achieved because of such fans, adding that anyone "dancing to its tunes" will lose sheen. The actor, enjoying a huge fan base, is set to launch his own political party. He had earlier disclosed his intentions to take the political plunge, besides announcing that his proposed party will contest from all 234 seats in the next Assembly polls, originally due in 2021.