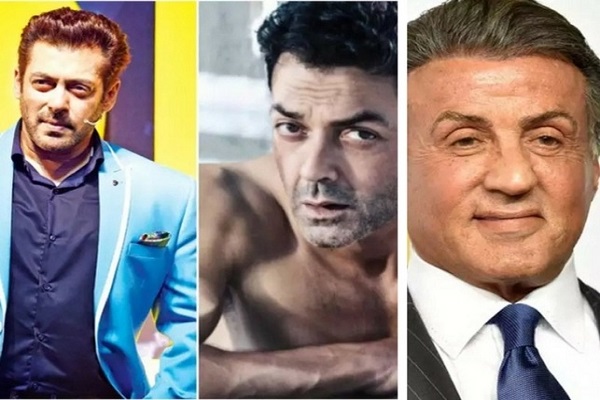 Mumbai: He was returning a favour but Hollywood star Sylvester Stallone may have got a little confused when he wished Salman Khan for "Race 3" on his Instagram page and shared a poster with Bobby Deol instead.

Salman had yesterday shared a video of the "Rocky" actor talking about his next directorial project "Creed 2". "While I introduce the 'Race 3' family this week, this is something all of you should know," Salman said on Twitter while sharing a message on "Creed 2" from the 71-year-old action star.

In a bid to reciprocate, Stallone wished Salman best of luck on his official Instagram page but apparently missed his target, sharing the poster featuring Bobby's character instead of Salman's.

Bollywood fans were quick to spot the goof-up and asked the "Rocky" star to rectify the mistake. One said the goof-up smacked of racism with Stallone not being able to differentiate between one brown actor and another.  PTI