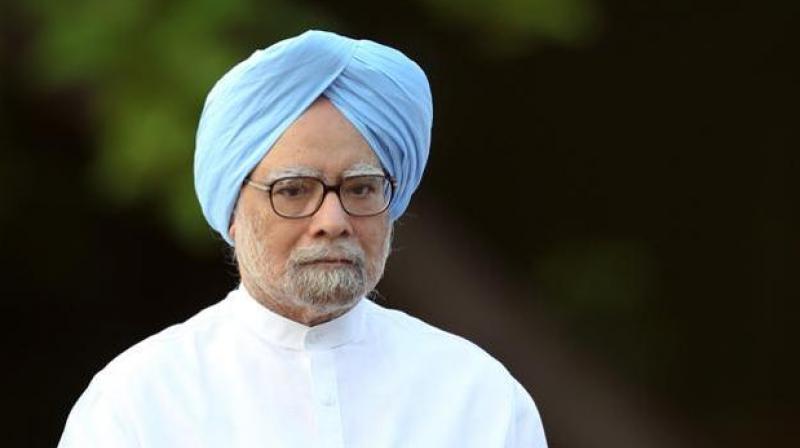 Former Prime Minister Manmohan Singh today launched a scathing attack on the Modi government for its "disastrous policies" and "economic mismanagement", and said the country was facing crises that were avoidable. Singh attacked the government over a series of banking sector frauds, saying the money swindled almost quadrupled from Rs 28,416 crore in September 2013 to Rs 1.11 lakh crore in September 2017. "Perpetrators of these frauds meanwhile escape with impunity. The economic mismanagement of the Modi government and I say this with great care and responsibility, is slowly eroding the trust of the general public in the banking sector," he said. "Our nation today is experiencing difficult times. Our farmers are facing an acute crisis, our aspirational youth are not finding opportunities, and the economy is growing below its potential," Singh told reporters here. He said the "unfortunate truth" was that each of these crises was "entirely avoidable". "It pains me to see how rather than standing up to all these challenges, the government’s response has been to stifle dissent when deficiencies are pointed out," he said. The economy is growing below its potential: Manmohan Singh

Noting that economic policy has a significant impact on the lives of people, he said it was essential that those tasked with decision making pay careful attention to policies and programmes and not act on mere whims and fancies. "India is a complex and diverse country and no one person can be the repository of all wisdom," he said in an apparent dig at Modi. He said every time an answer was sought for any of the "disastrous policies" of the BJP government, "all we hear is that the intentions are virtuous". Singh said the intentions of the Modi government which it claimed were good, had resulted in "massive" losses for the country. "Its lack of reasoning and analysis is costing India and our collective future."  The former prime minister said under the UPA governments the growth rate averaged 7 percent. It was 8 percent at one point of time despite turbulent global conditions, he said. Major avoidable blunders of the Modi

The NDA government, he said, clocked inferior growth rate despite a favorable international climate and low oil prices. In fact, growth rate under the NDA is lower in spite of the change in the methodology to determine it "which paints a rosier picture than reality", Singh said. According to Singh, two "major avoidable blunders" of the Modi government had been demonetization and hasty implementation of GST. He said the losses the economy suffered due to these blunders had severely hurt the micro, small and medium enterprises and resulted in the loss of tens of thousands of jobs. Besides, exports as a share of the GDP plunged to a 14 year low at a time when the global economy was reviving and exports of other Asian nations like Vietnam were growing substantially, he said. Singh said petrol and diesel prices were at a "historic high" despite a fall in international crude oil prices because the Modi government had chosen to levy "excessive" excise duty. "Instead of passing on the benefits of low prices to the people, the Modi government has punished the people," he said.